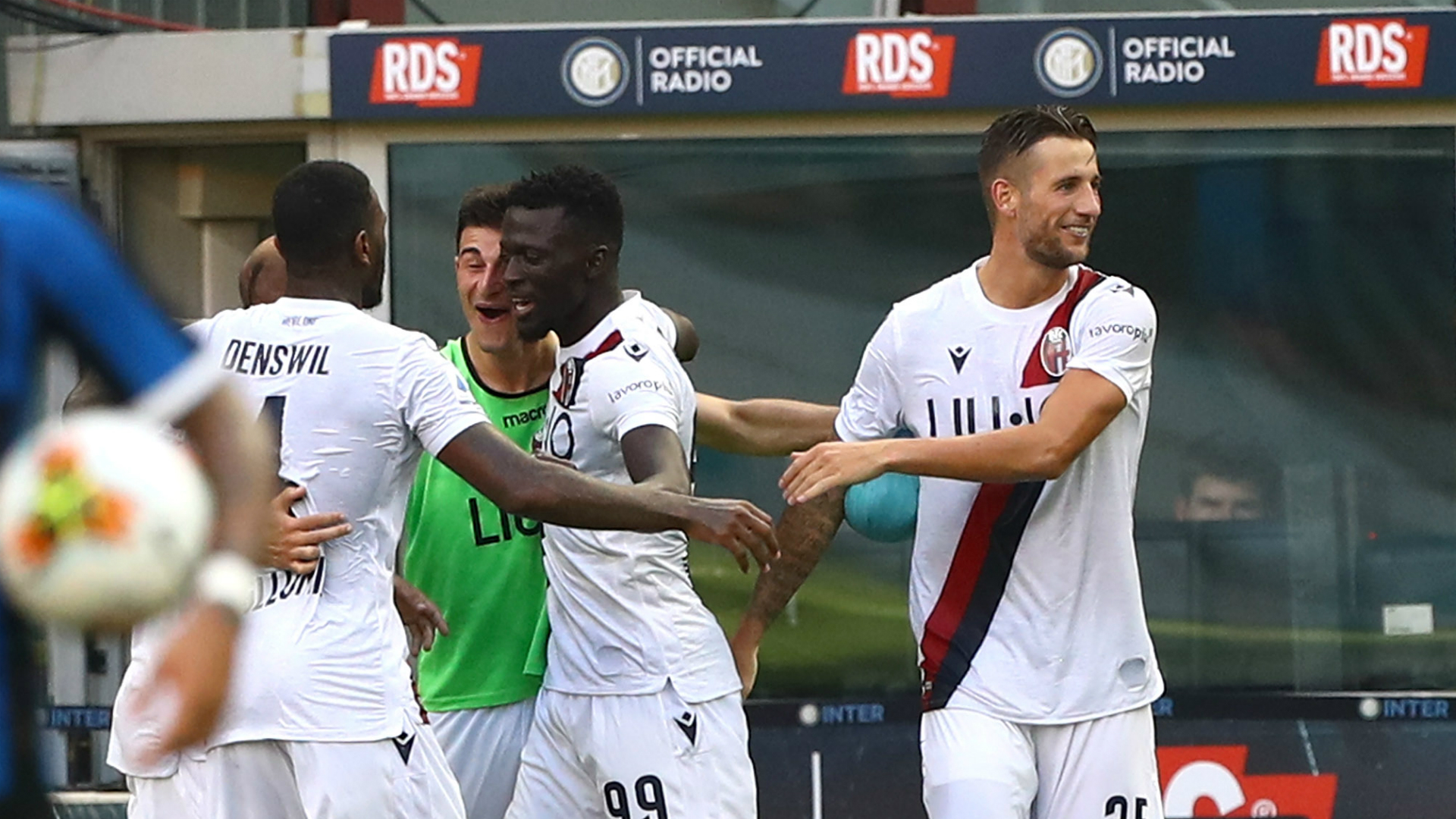 Romelu Lukaku fired the hosts ahead at the San Siro Stadium in the 22nd minute but the Gambian duo stepped up to inspire the Red and Blues’ triumph with their second-half efforts within six minutes.

Nine minutes after replacing Nicola Sansone, Juwara drew the visitors level in the 74th minute with his first Serie A goal.

A few minutes later, Barrow scored the match-winning goal in the 80th minute to give Bologna their second win since the resumption of the Serie A after the coronavirus hiatus and also stretched his tally to six goals after 11 league games.

In his reaction, the Belgian manager who has been at the helm of the Gambia national team since 2018, said the performances did not come as a surprise to him.

“It’s very impressive and I feel very proud. Naturally, the performance of the lads and goals made Gambia unique,” Saintfiet told the Gambia FA website.

“There are so many Gambian players abroad doing very well and I feel very proud of them.

“It’s not a surprise that the boys can perform on that level. They have that potential and they will do even more of these in the future. I am so proud and it’s good for the future.”

Apart from Juwara and Barrow, Gambia captain Omar Colley is another player who plies his trade in Italy.

The 27-year-old’s defensive contributions have helped Sampdoria stay clear of the relegation zone as they are 14th in the league table with 32 points from 30 games.

Barrow, 21, made his debut for the Gambia national team against Algeria in 2018 and he opened his goal account in June 2019 – scoring the winner in their 1-0 win against Morocco during an international friendly.

He has made seven appearances in total for the Scorpions since his maiden outing.

18-year-old Juwara, meanwhile, is yet to be summoned to the national team after migrating to Italy via boat in 2016.

Gambia have started their qualification campaign for the 2022 Africa Cup of Nations on a bright note as they sit at the top of Group D with four points after two games, after a 3-1 win over Angola and a 2-2 draw against DR Congo.